"This is by far the most ambitious venture I have ever attempted, I wanted to take the journey of Jamie Goldberg to its inevitable conflicts that Jamie has wanted to so dearly put off," stated Jonathan Taylor the author of new forthcoming entry into The Goldberg Variations series, The Redemption of the Damned.

The ArnoLand Press is pleased to announce the long awaited second volume of The Goldberg Variations. The book is anticipated to be on the market this coming May.

The first volume, entitled The Rites of Passage, was critically acclaimed and well received. The second volume, titled The Redemption of the Damned promises to be an even more gripping and compelling read than volume 1 has proven to be. In volume 1 we saw Jamie struggling with many things but specifically his being gay.

Now in volume 2, Jamie Goldberg, newly out of the closet in 1980 Detroit, thinks coming out of the closet will solve his problems. But his darker secrets remain. He cannot seem to face these traumatic secrets let alone accept them. He discovers that human sexuality is a lot more complex than merely gay versus straight. He experiences profound societal pressures, parental rejection, and social alienation after openly admitting he is gay. But he also learns that his struggles with sexual acceptance, low self-esteem, and suicidal thoughts only begin with coming out. In short, he realizes that coming out of the closet can pose more problems than it solves. Sometimes he is sustained only by his own wry sense of humor; other times he is sustained by music, theater, and ultimately by a cast of Detroit characters who accept him as he is even if he does not. Ultimately, he has a date with his past he cannot escape. That confrontation threatens to damn him or possibly redeem him.

New Awards for The Rites of Passage

The 2019 AMERICAN FICTION AWARDS named The Rites of Passage as a Finalist in its LGBTQ Fiction category.

The Eric Hoffer Award also announced that The Rites of Passage was named finalist in the Category Best LGBTQ Literature.

These honors are in addition to the Falkner award Finalist for General Fiction.

Jonathan Taylor's new novel, The Rites of Passage is barely out and already getting rave reviews.

The Kirkus Review stated, “Jamie is thoughtful and highly sympathetic, and readers will be happy to follow him through the formative years of his youth. Taylor succeeds in capturing various moments (however painful or awkward) and revealing their importance.

Foreward Reviews stated: Jonathan A. Taylor’s The Rites of Passage is marketed as the first in a series of novels; it also ably stands on its own. The story follows Jamie Goldberg from elementary school to college, as he grows from an abused boy into a self- possessed young man. His life is a symphony of pain, humor, filth, and beauty as he struggles to come to terms with his identity in homophobic America … Such complexities, in their willingness to understand the world and its uncomfortable truths, are the hallmark of Taylor’s writing.

Six-time Emmy award-winning writer Patrick Mulcahey of The Bold and the Beautiful said: “The Rites of Passage’s main character Jamie Goldberg is like encountering a gay Portnoy’s Complaint, in its distinctive blend of Jewishness, sex, moral panic and maternal dominance.”

The Rites of Passage is meant to appeal and also provoke the LGBT, Jewish, Progressive, alternative sexuality, and the Arts-loving communities and is particularly relevant to a new generation of gender and sexuality-related issues for adults and young adults alike.

Born in Detroit, Michigan, Jonathan Taylor is a writer and editor (living in San Francisco), with two published books and over seventy articles to his credit, mostly in the field of design. Jonathan was editor-in-chief, of Interactions magazine for four years. He is also a user experience designer working for companies such as Google, IBM and Nokia and a member Left Coast Writers, led by Linda Watanabe McFerrin. 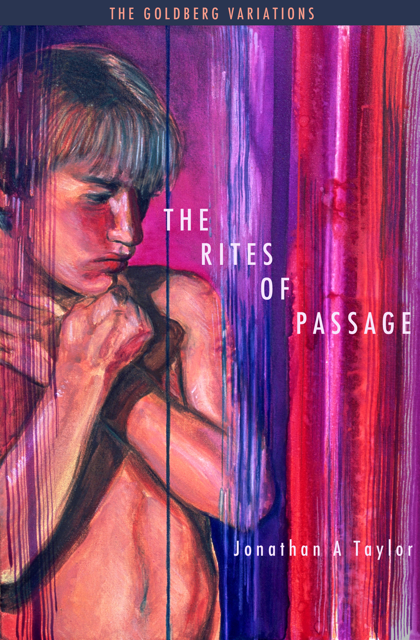 Announcing the launch of the new series from Jonathan Taylor. ArnoLand books announces the closing of a multi-book deal with procuring the rights to the entire Goldberg Variations Series.

"We're very excited to make this series the heart and soul of our catalog offerings," stated an elated Mr. J. S. Arnowitz, the intrepid CEO of ArnoLand Books. Mr. Jonathan Taylor, the author of the series is also very excited. "Finally this tremendous work will have a chance to get the exposure it deserves."

The series follows the life journey of its hero, Jamie Goldberg as his life is iterated into variations taking him from Detroit to San Francisco to Amsterdam and beyond. Each move signals a new 'variation.'

"The musical reference is not arbitrary but well thought out as the work incorporates metaphors from literature, music, and art," stated Mr. Taylor. "For those who can pick up on the references they can read the book on another level. For those who want a more relaxing read will still get a tremendous story."

"I think Jamie Goldberg is one of the great literary characters of this new generation of authors," stated Mr. Arnowitz. "Even the book cover is stunning, the work of Bay Area artist, Rene Cap[one, who paints some of the most compelling images in his mixed media works."

“Nine Lives of Morris: Great Tales from One Cool Cat!” tells stories from Morris’ varied life in the form of a flash memoir. The thirty narratives recount episodes from his childhood in the Great Depression of the 1930’s to his eighty-fifth birthday. Morris writes in the first person, present tense, to give the reader a feeling of immediacy. A dozen poems are free-standing or sprinkled into the prose. Forty of his original watercolors illustrate the 124-page book in full color. Four photographic montages picture various aspects of Morris career as a concert pianist, a professor of music, a watercolorist and gay leatherman. From the first memoir, which tells about finding his biological father’s family in Appalachia, to the last memoir, which tells about marrying a man, the author hugs his reader. As a child Morris discovers many aspects of his personhood. Through experiences in the U. S. Army and World War II, Morris tells his tales. Morris reveals the sorrow of soul upon the fatal accident of his wife and the suicide of his gay son, Leonard. He shares the spiritual journey as a Seventh-day Adventist in raising up a church only to find out how difficult it is to find his own place as a gay man. Morris shares the adventures of his retirement years when he joins the leather community with vigor and starts a new career as a watercolor artist. Even when diagnosed with cancer of the bone marrow, the author maintains his equilibrium and honesty. The nine disparate elements do not tear apart the protagonist. Rather than disintegrate, Morris thrives as he integrates his roles as a Child, Pianist, Artist, Soldier, Father, Missionary, Professor, Gay Man, Master, and Leatherman.

The Rites of Passage

Just released and already the critiques are raving about the new Coming of Age novel, The Rites of Passage:

Quotes and reviews
Jonathan A. Taylor’s The Rites of Passage ... follows Jamie Goldberg from elementary school to college, as he grows from an abused boy into a self-possessed young man. His life is a symphony of pain, humor, filth, and beauty as he struggles to come to terms with his identity in homophobic America.

Jamie is thoughtful and highly sympathetic, and readers will be happy to follow him through the formative years of his youth. Taylor succeeds in capturing various moments (however painful or awkward) and revealing their importance. The author manages to illustrate the time and place of the novel with sharply selected details, contextualizing Jamie’s development in surprising ways.
Read more: https://www.kirkusreviews.com/book-reviews/jonathan-taylor2/the-goldberg-variations/

Read the first Installment of the Goldberg Variations Series Jamie Goldberg suspects his homosexuality at an early age and manages to hide it from his homophobic ’70s Detroit Community, his Jewish political activist parents, and even from himself until his rape, at the hands of a male prostitute, at the age of 16. Profoundly ashamed, he hides in two worlds. One world is an intellectual cocoon spun from music, art, theater, and literature. The other is a darker world where sadomasochistic desires attempt to obliterate his sexuality. His elaborate fantasies are no match for real life or his true affections, which blossom in spite of his constant attempts to thwart them. When his carefully constructed imaginary world begins to crumble, Jamie must face his demons, both real and invented, then the emotional sparks fly. Although this book stands alone, this volume comprises the first installment in The Goldberg Variations series. This series follows its main character on a journey of self-discovery through an odyssey of trials, errors, and the occasional moment of grace leading the main character Jamie Goldberg on his elusive journey to forgiveness and redemption. This journey takes him to many places around the world while meeting a quirky cast of characters along the path to his own surprising quirky self-discoveries.

Available on Amazon (or order from your local bookstore): http://a.co/d/8H6f0Uu

Thomas Pierson's compelling exploration of the Genocide no one likes to talk about: the vanished Native American Nations of the Northwest.

A bit of our history

Our Humble Beginnings
We began our publishing activities in early 2008 with a variety of online publications ranging from works on Design, Politics, and Alternative lifestyles. At the beginning of 2014, our board of directors decided to change our emphasis to providing a platform to fresh voices in underserved communities.

The Goldberg Variations Project
After many initial false starts, our initial project was settled on the new series of works by Jonathan Taylor, entitled The Goldberg Variations. The saga of a young man into many dimensions of self-discovery seemed a perfect first project. We committed to print the first of these works in return for funding its formation.

The Nine Lives of Morris
In 2017, ArnoLand Books added the amazing memoir and art book by Morris Lyle Taylor to its catalog. Taking over the publication from Arts & Antiques, which it acquired in 2016. 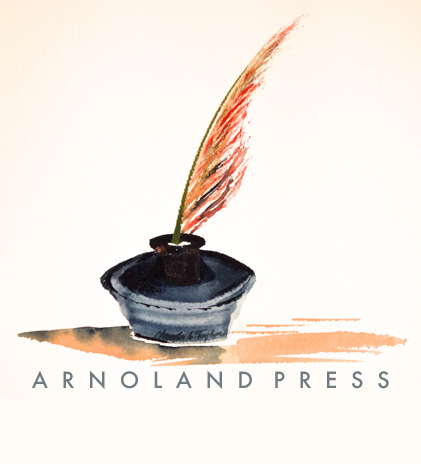 The ArnoLand Press is currently accepting submissions for full-length fiction and non-fiction; however, please read our acceptance criteria before deciding to submit. Unsolicited manuscripts will be reviewed but cannot be returned nor any feedback given.

The ArnoLand Press is the platform for underserved voices and communities. As such, our press is looking for out of the ordinary people, perspective, and stories that take their special voice and reach out to a general community. In other words, we are not looking for genre or community manuscripts but manuscripts that look to educate, inform and challenge the status quo while entertaining any and all readers. For manuscripts that seek to service their communities look at community presses. we hope to improve the world by adding your voice to the common narrative.

Specifically, we are looking for novels, memoirs and non-fiction history. We are open to other forms, providing they fulfill the above mission of the Press.

Also, note we are a partnership publisher so we seek your active involvement and investment in the publishing process. How much will be based on a number of factors that we would negotiate individually, although we have a services card available on request. Just use our contact form on this website.